Please support our petition for a new Clubhouse

As part of their plans, the clubs are seeking a new clubhouse that would have the range of facilities that would be needed in order to properly meet the needs of the three sports.

The proposed new facility will encourage local people of all ages to put away their phones and laptops and to get active on an all-year-round basis by taking part in winter and summer sports. Participation in sports improves physical health, keeps the brain fit, builds confidence and is a great way to make new friends.

The proposal is that the new clubhouse would be a two-storey building located on the site of the current cricket clubhouse on King’s College Road in Ruislip. The pavilion-style building would cater for all three sports with changing rooms, a bar/function room, a kitchen, offices, storage facilities, and a balcony. It would be a community hub open to members and local people.

To make this vision happen, we need local support. So please sign our petition today and share it with your friends and family members.

Over the course of the last weekend in September 2019 we celebrated the 50th anniversary of the formation of the club with three special events.

Fun, Football and a Family Atmosphere

Established in 1969, we are the largest Youth Football Club in Middlesex with both boys and girls teams. We also have a mens adult team and an expanding disability section. In total we have 57 teams and over 750 players. Our teams play in leagues in London, Buckinghamshire and Hertfordshire. Find out more about us.

OUT NOW – The History of Ruislip Rangers book 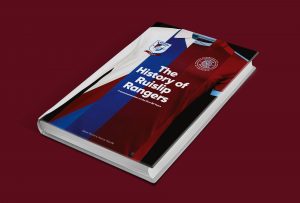